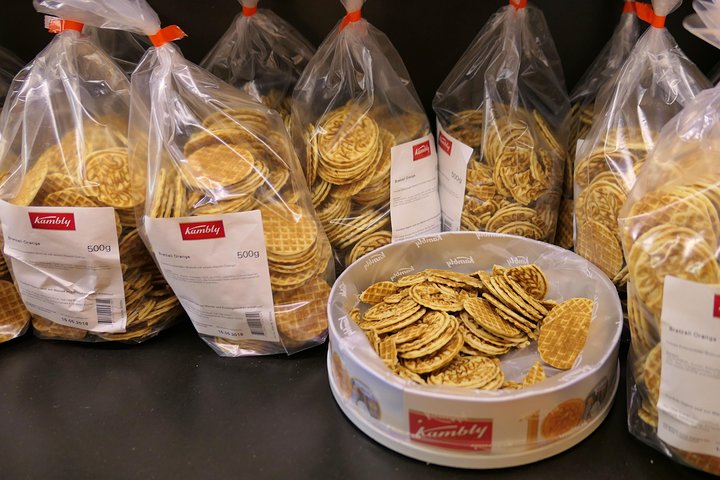 How is round biscuit manufactured in factory? Let us find out about the ingredients, baking process and Docker pins. We will also learn about the Flour used. After learning about these things, you will be able to create your own biscuit. Read on to learn how to make a round biscuit! And, of course, enjoy your biscuits! The ingredients used in making a round biscuit include butter, sugar, flour, yeast and water.

The production of biscuits involves four different stages: mixing, shaping, baking, and cooling. A factory’s biscuit manufacturing process involves four different stages. Ingredients are mixed in a mixer at various speeds, depending on the type of flour used. Biscuit dough is then laminated or transferred to gauge rollers to get the desired shape. Once the dough is shaped, it goes through another step. A third step, called shaping, gives the biscuits their final shape.

The process of making biscuits is quite complex. The primary ingredients in biscuits are wheat flour, partially hydrogenated vegetable oils, invert syrup, and salt. Small ingredients, such as baking soda, leavening agents, and flavourings, may be added later. Wheat flour, which is the main ingredient in biscuits, contains an even percentage of the endosperm and bran. Biscuit flour is milled to yield 70-75% wheat endosperm, and a tiny germ.

As the dough bakes, the water in it will evaporate, delaying the surface temperature rise. Therefore, wetting the dough surface at the entrance to the oven will help in the general rise of temperature and will make the “crust” stay flexible longer. Excessive condensation on the surface of the dough may result in uneven colouration or spotting, where sugar is dissolved locally. The temperature can be adjusted to achieve the desired colour level.

In the manufacturing process, moulds are used to give round biscuits a specific shape. Errebi Technology develops moulds with different facets to cater to diverse needs. The moulds are designed to produce high-quality biscuits, while limiting process costs. The philosopher John Ruskin once said that it is worse to pay too much for a product than too little. Fortunately, Docker pins offer the perfect solution to this problem.

Errebi Technology uses non-toxic materials and follows all food regulations. Their rotary cutters have bronze bodies, Teflon coating, or plastic construction. Their cutters also feature interchangeable ring designs for greater customization. Their precision manufacturing processes reduce the risk of breakage due to holes – either too large or too small. Errebi Technology engineers take the parameters into consideration before creating a new cutter.

Most of us don’t realize how much flour goes into round biscuits. But, it’s actually much more important than you might think. In our study, we analyzed the flour composition of round biscuits and discovered that the amount of flour in a recipe determines its quality. Here’s a breakdown of how much flour goes into making a biscuit. Using a scale is important because you can get the exact measurement of flour in a cup.

Most biscuits are made from white wheat flour. White flour is produced by removing the brown surface coating and small yellow embryo from wheat kernels. This is followed by reducing the particle size to a fine powder. Modern milling methods involve several stages, which are highly complex because they have to separate bran and endosperm from each other. The result is a flour with a high protein content. Those with a high protein content will enjoy a higher price.

The production of round biscuits is a major contributor to pollution, with the consumption of electricity, water and other raw materials accounting for 41 to 61% of the total environmental impact. The highest impact is attributed to the production of chocolate-coated biscuits, while the impact of other types is less. The impact of round biscuit manufacturing on the environment is particularly severe when considering the use of palm oil, which is a controversial ingredient in the food industry.

While there are a handful of LCA studies on biscuits, there are still many variables that prevent direct comparison. Miah et al. (2018) used a different approach to evaluate eight impacts associated with chocolate biscuits, and their impact was twice as high as that of the biscuits we evaluated. The impact on global warming potential was similar regardless of the impact assessment method. To conclude, the life cycle assessment of round biscuits carries the same challenges as other types of food production.

There are numerous packaging options for round biscuits manufactured in factory. These are used to convey biscuits safely and to convey important information about the products, including age, production and artistic attributes. The type of packaging used to convey biscuits determines how they will be displayed on a shop shelf. For instance, round column packs tend to roll off the shelf, while fin end seals tend to interlock with adjacent packs. Simple bags cannot be piled for display, and block bottom trays have a low capacity.