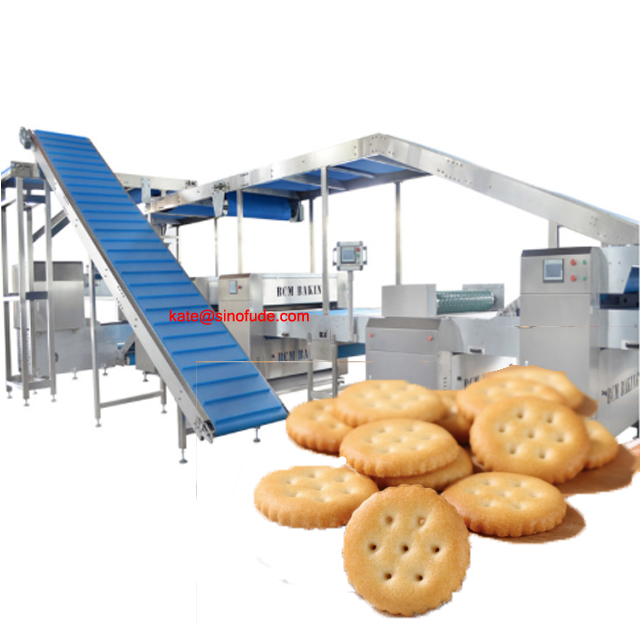 In order to produce biscuits, free water must be emitted from the dough. Higher temperatures, such as 130degC, will evaporate this water. As a result, biscuit pieces will always lose moisture during the baking process, but the amount of moisture that a dough piece will lose will vary depending on the method used to apply the heat, the humidity of the oven, and the temperature of the dough piece.

There are some common ingredients that you may not realize are important for hard and soft biscuits. First, you should always measure flour properly. It is important to remember that you should not simply dip a measuring cup in flour, as this will lead to over-floured biscuits. Too much flour in biscuits will result in a tough, heavy biscuit. When baking biscuits, make sure you always use light flour.

When making biscuits, use cold butter, unsalted, from the refrigerator. Next, add half-and-half, also called light cream, to the mixture. Stir to combine well. Next, level off the measuring cup. To cut the dough, dip a pastry cutter into flour to ensure a clean cut. Make sure you cut biscuits straight down rather than curved. This will help them rise better.

The process of baking a hard or soft biscuit begins by making the dough. The dough is shaped into a ball and then kneaded lightly 10 to 20 times, removing air bubbles and promoting the formation of a flaky texture. However, over-kneading toughens the gluten in the dough and lets carbon dioxide escape, resulting in a crumbly biscuit. Once the dough is kneaded, it is then patted or rolled out to a desired thickness.

A proper oil spraying process is necessary for the production of both hard and soft biscuits. The oil spraying device uses a centrifugal mist spray structure, which helps in distributing oil evenly. The device has an automatic temperature and volume regulation system, with an optional oil collect tank. During the production of biscuits with high fat content, the oil drops on the cloth. In order to reduce the risk of slippage, it features a special design that prevents oil from leaking from the cloth during the conveying process.

The oil spraying process for hard and soft biscuits involves two distinct steps: dough roll-forming and dough spraying. The first stage uses a dough ribbon extruder, while the latter involves an oil spraying machine. The second stage is the cooling process, wherein the dough is cooled rapidly so that the biscuit does not become soggy after packaging. The final process of packaging the biscuits in an automatic machine completes the entire process automatically, including bag-making and weighing.

The automatic multi-function biscuit production line is a highly automated system that can produce different kinds of biscuits with various processing technologies. It has the following components: dough mixer, sheeting forming, tunnel baking, controlling system, oil spraying and cooling unit. This system has a flexible structure and stable performance. For more information, contact the manufacturer. After a thorough study of your needs and specifications, the automatic multi-function biscuit production line is the perfect solution for your factory.

The biscuit baking system is located between the forming machine and the oven. The biscuit dough needs to be mixed with sugar, salt or vegetables. The excess salt and sugar particle will fall on the tray and can be used again later. After the biscuits are baked, they are packaged for storage or shipment. The entire process involves many components that must work together in order for the production line to be efficient and profitable. This design also includes a cooling system to prevent the biscuits from being overcooked.

Depending on the desired product type, different equipment is used to produce different types of biscuits. Some types of biscuits are hard, while others are soft. The UTF-GROUP produces biscuits, crackers and soda crackers equipment. The process of producing these products starts with the preparation of dough. A horizontal dough mixer is used to mix the ingredients. A separate fermentation chamber helps speed up the process. The next step is the stamping of dough mass. The size of the surface and the shape are determined by the cells on the forming drum.

The sheeting machine is a machine that is used to form hard biscuits. The machine can also be used for soft biscuits. It can feed dough into a pre-formed mold. The machine can spray atomized oil on the dough to enhance the color and smell. It can also recycle excess oil. A biscuit conveyer is available in Z and straight types. It can easily convey biscuits from one part to another. It can also sort them before packaging. The sorter can also be used to inspect the quality of the biscuits.