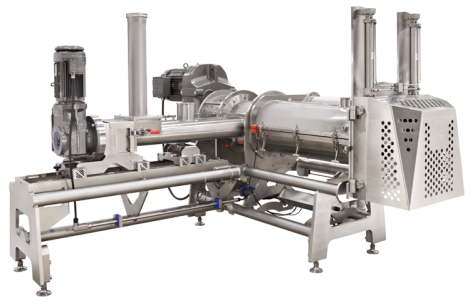 You might be wondering, how is Cracker Biscuit manufactured in factory? Creamy crackers are a famous snack. The recipe for Creamy Crackers is plain old wheat. Crackers are then baked at high temperatures and laminated. The stripping conveyor is run by a motor, and the finished product is ready to be sold. Listed below are the steps involved in the manufacturing process of Cracker Biscuits.

Creamy crackers are made of regular old wheat

If you’ve been craving a deliciously rich and creamy snack, cream crackers are the perfect choice. Although these crisp treats contain regular old wheat, they don’t crumble like other appetizer crackers. They also make the perfect thickening agent in clam chowder soup. Their ingredients include wheat flour, palm oil, salt, and yeast. While palm oil is inexpensive and readily available, it has an environmental cost.

Graham crackers come in squares or animal shapes. The dough used for making both is the same. These are then transferred to a conveyor belt and moved through the oven. There are three different stages of baking – the development stage, the drying stage, and the coloring stage. The conveyor belt controls the time needed for each step. Animal crackers can be baked in four minutes, while graham crackers need longer baking time.

They are baked at high baking temperature

It is important to understand the processes involved in the production of Cracker Biscuits. The structure sets and the dough swells, releasing free water and making the biscuit more rigid. Water vapour pressure is increased and the dough piece temperature reaches 60o-70degC, where the process of gelatinisation starts. During the drying process, a large moisture gradient develops. The temperature of the biscuits is then adjusted to achieve the desired colour.

A factory baker must observe and adjust the temperature of the oven to achieve the right baking temperature and texture. The instrumentation on the oven is usually basic, but there are some features that can be adjusted, such as the speed of the baking band. A faster band means a higher production rate. The higher the baking temperature, the faster the biscuits are baked. Heat is required to set the sugary structure and create an open texture.

The production of crackers and biscuits is an integrated process that requires the proper management of dough throughout the entire makeup process. Each unit operation has a material effect on the final product and the bakery’s bottom line. SVBS has developed a cutting sheet lamination system to handle this process. This method is advantageous in many ways. Among them is the fact that it enables uniform thickness and weight of the dough sheet throughout the entire Forming Line. It also relaxes the dough sheet across the first gauge unit, allowing the producer to maintain precise control over the final biscuit shape and size.

The lamination process starts by developing a layered structure within the dough. The lamination process entails folding, rolling, and rotating the dough 90 degrees, and developing gluten in the dough. It also allows the introduction of “cracker dust” between the layers, which helps keep them separated during baking. In the past, laminating was done by hand, with a reversing brake. Today, automatic laminators are used.

They are dried on a roller machine

Before the war, biscuit-making machinery had improved greatly. Two-thirds of the factory’s backlog was for automatic plant. The new machines had different designs to accommodate the space-limited conditions of biscuit factories. Despite the limitations, the automatic machinery had many benefits. Among them were the ability to produce cracker biscuits at lower cost without compromising on performance. The BISMARK specification also allowed manufacturers to achieve a better balance between production and cost.

They are made with lard

Lard is one of the most popular fats used in biscuits. It has many health benefits, including the ability to lower cholesterol levels. It also helps to fight cancer. Cracker Biscuits are also good for you, and the lard found in them helps prevent heart disease. A factory can also use lard to make Cracker Biscuits. However, the process isn’t the same everywhere.